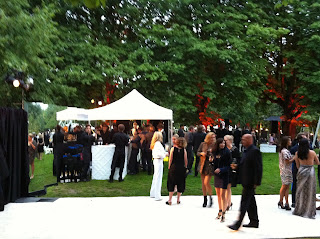 Long legs, short skirts -- the best organised party of the summer whose Director is the shaker and mover Julia Peyton-Jones. Wow!
at June 30, 2011 No comments:
Email ThisBlogThis!Share to TwitterShare to FacebookShare to Pinterest
Labels: Culture, People
Location: The Serpentine, Westminster, London, UK

BOOKS - FOR THOSE WHO READ PAPERBACK, HARDBACK OR KINDLE:


AT THE START OF FLAUBERT'S ‘Salammbô’  I thought his spectacular descriptions bordered on the grandiloquent – was it possible there were quite so many different races amongst the mercenaries at ?....Gauls, Balearics, Romans, Lydians, Namidians to name but a few!

On arrival in Patmos, in the remote Eastern Aegean, the Goddess Amazon.com bequeathed me ‘The Great Sea – A Human History of the Mediterranean’  by David Abulafia, Flaubert was fully vindicated….in 1000BC, Libyans, Assyrians, Phoenicians, Greeks, Philistines, Ethiopians, Cananites, Hittites conquer, enslave, trade or enrol as mercenaries in each others armies….what a contrast to the provincial France of poor Madame Bovary!
at June 28, 2011 No comments:
Email ThisBlogThis!Share to TwitterShare to FacebookShare to Pinterest
Labels: Books, People
Location: Pátmos 85001, Greece

An annual treat is being invited to Glyndebourne by George and Mary Christie whom I admire immensely and whose forbearance and initiative have set the highest of musical standards at that phenomena in the countryside. 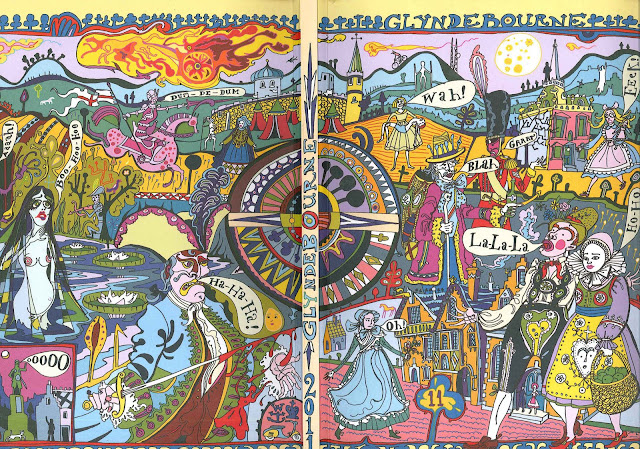 This year it was Donizetti’s L’Elisir d’Amore – Enrique Mazzola conducted like a master, Danielle de Niese as Adina did her husband Gus Christie proud [he is now Glyndebourne’s Executive Chairman]. Michael Wade Lee, the understudy, played a touching and believable Nemorino.

Patrick Leigh Fermor, died last week aged 96 – the end of an era – an ebullient life-giving force, a man who bore his erudition lightly and made his home.  In The Peloponnese, he built a house with stone hewn from the mountains of the Mani [it will now belong to the Benaki Museum of Athens].

Travel writers emulate him and cannot – is it the age of communication which makes their craft more difficult? – who agrees with this point?
at June 22, 2011 1 comment:
Email ThisBlogThis!Share to TwitterShare to FacebookShare to Pinterest
Labels: Books, People

Thunderous applause for Alannah Weston - for PROJECT OCEAN at Selfridges - the windows, the cut-out fish, giant anemones...all splendid and all over the store.  A booklet at every cash desk is given free that shows endangered species - which fish are farmed...an excellent guide..every household should have one.
Project Ocean [in partnership with the Zoological Society] of London highlights the results of over fishing and encourages people to  to buy and eat fish from sustainable sources and is keen to conserve marine life.
at June 21, 2011 No comments:
Email ThisBlogThis!Share to TwitterShare to FacebookShare to Pinterest
Labels: Food
Location: Selfridges, London W1A, UK

Blues in Art and in John Stefanidis Fabrics

"As in all things aesthetic, it is best to keep an open mind with regard to the decorative arts." John Stefanidis 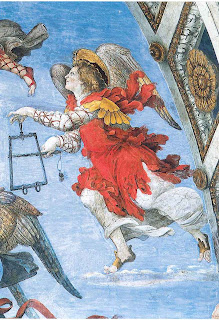 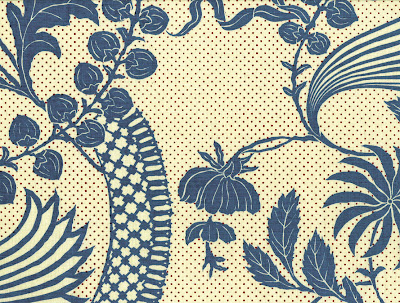 Basilica di S. Maria Sopra Minerva - Rome - Filippino Lippi
John Stefanidis Gonfaloniere - Grey Blue/Red on Natural
A gonfaloniere in Renaissance Italy wore an elaborate costume to identify his position.
This design was inspired by the embroidery on his coat. 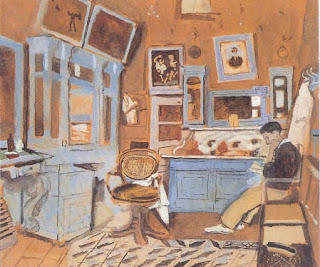 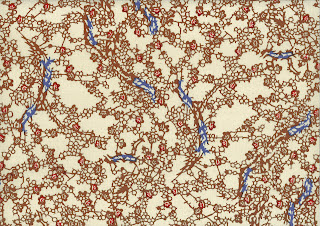 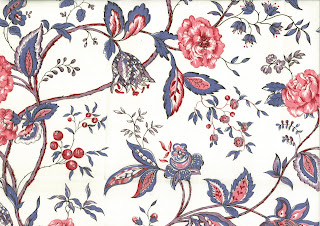 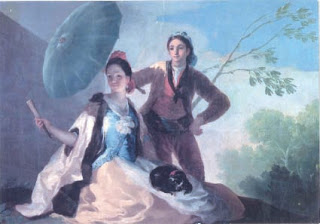 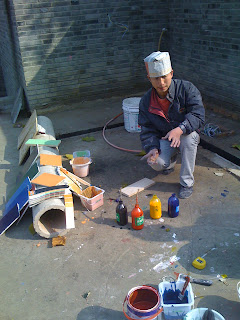 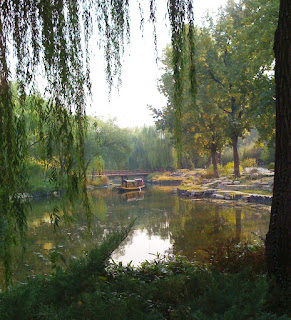 A painter mixing colours for me in a house on a Beijing park lake. 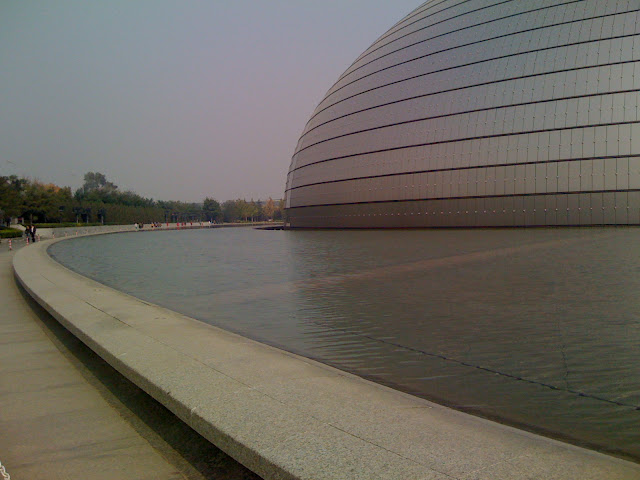 Affectionately, known as 'The Egg' - the stunning National Centre for the Performing Arts designed by the French architect Paul Andreu.

Paving
in a
Beijing
park 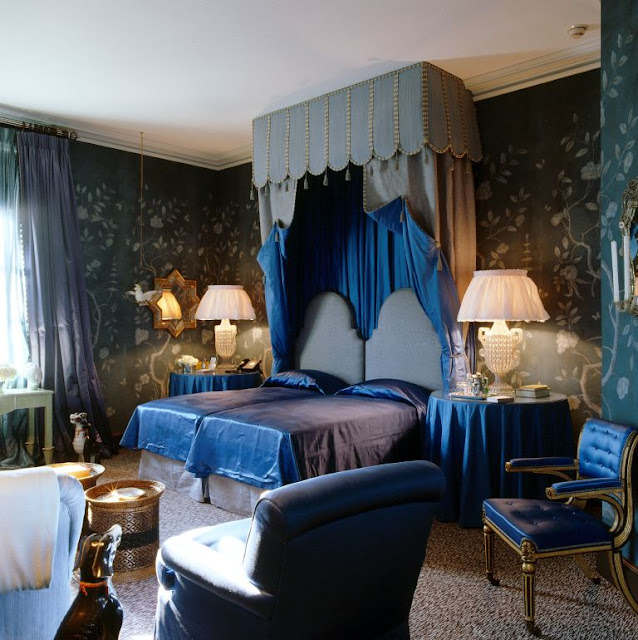 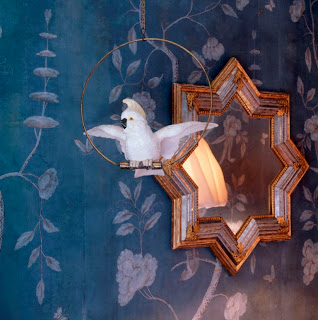 A Chinese-themed bedroom I designed for an American client. 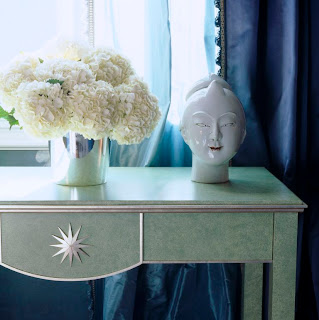 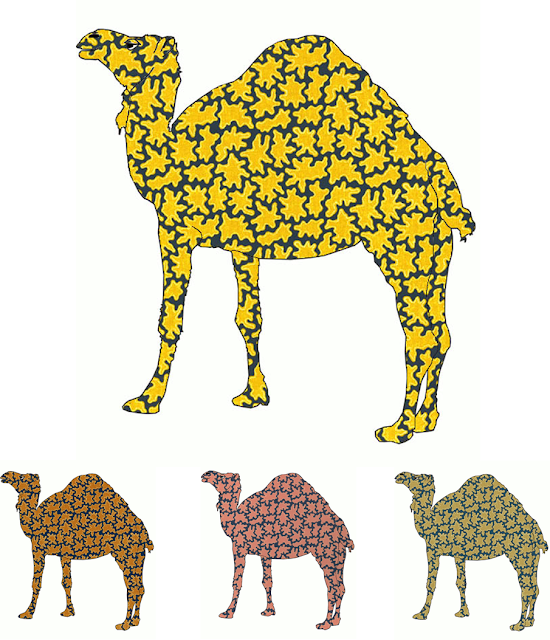 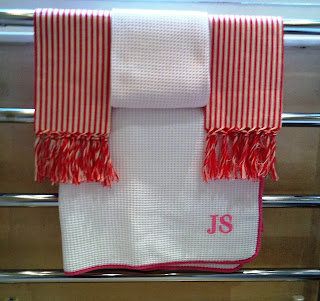 Linen shops are plentiful in Tuscany.  They will embroider a name or a message in under five minutes. Left - monogrammed hand towels, and aprons for Paul - an incommensurable butler and chef supremo. 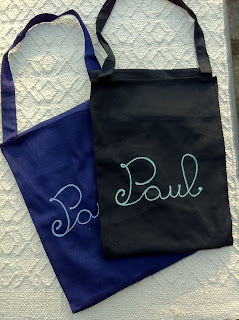 Antico Setificio, founded in 1786, the best hand-loom weavers - possibly in Europe - run by Sabine, once belonged to the Pucci family and has recently been bought by fashion giant Stefano Ricci. 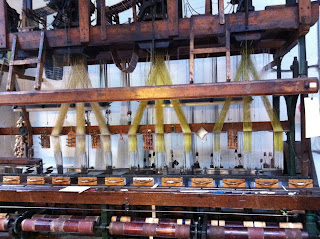 Woven silks [Ermisino], brocades, linen and silk and hemp and other marvellous combinations of fibres and colours.  The factory has for decades woven on my behalf the grandest Florentine fabrics specifically to my designs - a treasure trove and a precious survivor of craft and excellence. 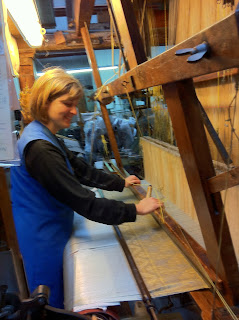 I COLAZZI - After years of receiving invitations from Grazia Gazzoni to visit her family at this fabulous villa [designed by Michelangelo himself, or at least one of his pupils] I went to lunch. 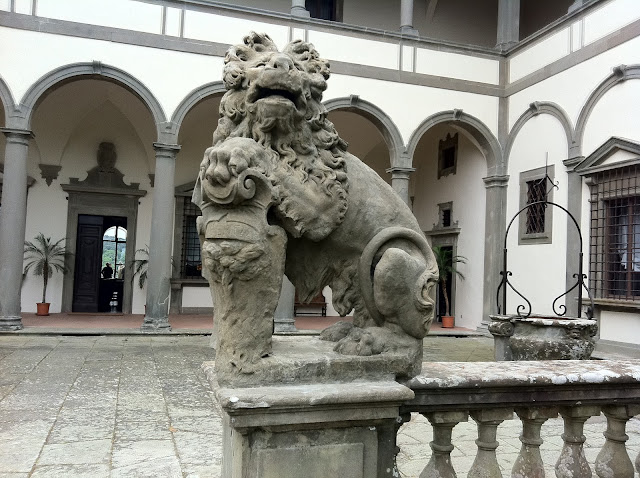 Grazia met me at San Casciano and we rolled off into the Florentine hills. A total surprise - she had asked twenty four people in my honour, of which ten were old friends, one being Beatrice Monte della Corti, whose avant-garde gallery showing Rauschenberg, Twombly and Jasper John was in the courtyard of the palazzo where I lived in Milan for five years in my twenties. She subsequently married [Grisha] Gregory von Rezzori, the utterly charming epitome of ‘middle europa’. In his memory, Beatrice has a foundation at Santa Maddalena in Tuscany, a writers’ retreat, which yearly becomes more renowned for nurturing writers, each more famous than the other. 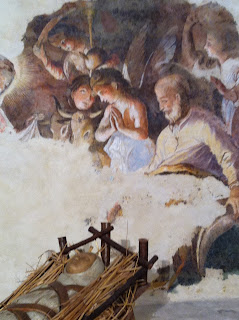 The historic medieval streets are intact at the centre of this small, industrial town near the summit of Monte Amiata.  The Abbey was founded in 743AD  and is to this day a monastery. 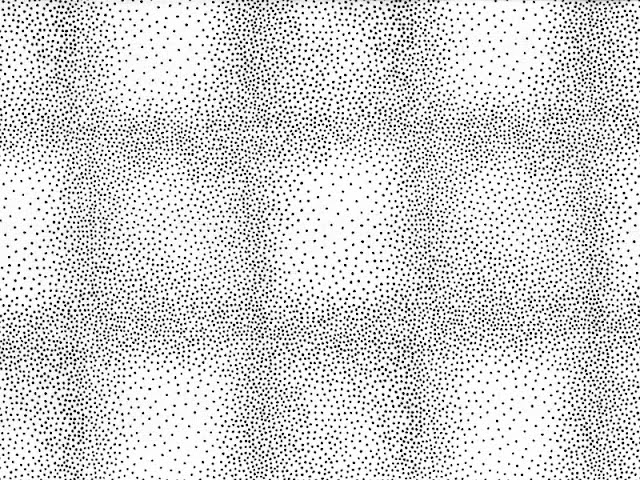 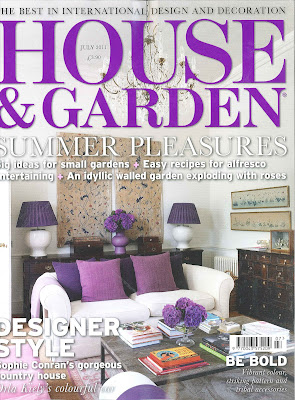 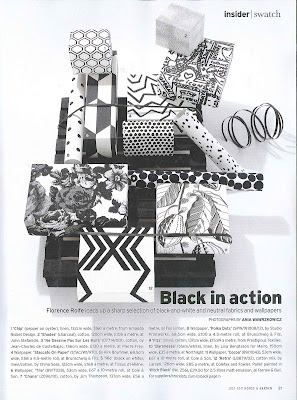 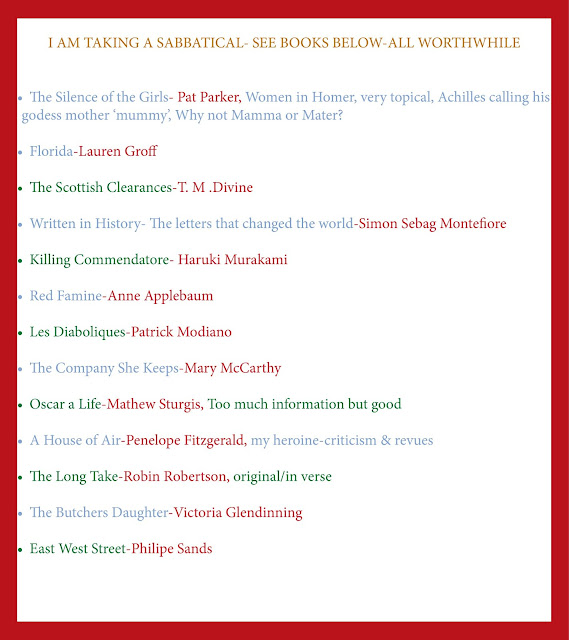